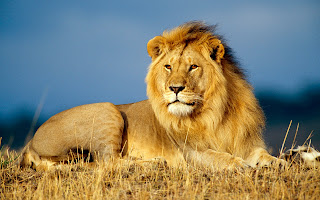 
IF you visit my Profile page on Linkedin, you will see that "Social Networking" or "Networking" in general, is something I am slightly interested in!

I recently realised that in fact I was spending more time growing my network than actually interacting with it!

Which if you think about it, is not really "Networking" it is just "list building".

Anyone can build a list of people, it's the easiest thing in the world to do, especially today, with the internet and "Bots" and social networking sites like Linkedin.

So I have purposely started to make contact with my "list" of people... it's a very slow process because I have at least 14800+ people in my first level... and God knows how many people in my second and third levels!

The really interesting part of this has been the realisation that "some people" actually do not want to network... they just want to build lists!?

I recently had a reply from someone who claimed to be a professional on their linkedin profile, after I invited them to connect further with me on other social networks and share their links and posts, and they were apparently very upset that I dared contact them.

Why would someone connect with you, but get upset when you try and make contact?

Obviously this person was one of those who wants to appear popular by having a certain number of connections on his profile, but no intentions of having any actual contact with those people.


This is one of the "Downs" of social networking. Some people are just not very sociable and do not appreciate any contacts from their collection of lists.

The more positive side of networking is that you actually do make contact with some very amazing and interesting people.

Ofcourse it's just not possible to be "personal" and "friendly" with a list of people from all around the world, in the same way that you might at a physical gathering of friends and relatives. For one thing, many people become very defensive if a stranger contacts them, perhaps because we are so used to being bombarded with sales pitches and business opportunities.

But if you are on a "Networking" platform, then surely you should be open to being "Networked", or what is the point of you being there?

This fact is emblazoned across my profile! - I will accept "connections" from "anybody".

Not everyone agrees with this kind of social-connecting, especially on Linkedin, because many people on Linkedin still use it as a CV sharing facility to try and increase their employment prospects. This is perfectly fine.

However, refering back to the person who became upset when I contacted them, if you make contact with, then become a connection of, someone who has the word "LION" emblazoned all over their profile, should you really be upset or suprised if that person tries to "connect" further with you?


Networking offers some fabulous opportunities! Everyone should be networking to some degree... especially if you are self-employed.

People who don't know how to network, or don't understand why they should network, are missing out on so much that todays "connectivity" through social media has to offer!

1. One in every nine people on Earth is on Facebook ( This number is calculated by dividing the planets 6.94 billion people by Facebook’s 750 million users)
2. People spend 700 billion minutes per month on Facebook
3. Each Facebook user spends on average 15 hours and 33 minutes a month on the site
4. More than 250 million people access Facebook through their mobile devices
5. More than 2.5 million websites have integrated with Facebook
6. 30 billion pieces of content is shared on Facebook each month
7. 300,000 users helped translate Facebook into 70 languages
8. People on Facebook install 20 million “Apps” every day
9.YouTube has 490 million unique users who visit every month (as of February 2011)
10. YouTube generates 92 billion page views per month (These YouTube stats don’t include videos viewed on phones and embedded in websites)
11. Users on YouTube spend a total of 2.9 billion hours per month (326,294 years)
12. Wikipedia hosts 17 million articles
13. Wikipedia authors total over 91,000 contributors
14. People upload 3,000 images to Flickr (the photo sharing social media site) every minute
15. Flickr hosts over 5 billion images
16. 190 million average Tweets per day occur on Twitter (May 2011)
17. Twitter is handling 1.6 billion queries per day
18. Twitter is adding nearly 500,000 users a day
19. Google+ has more than 25 million users
20. Google+ was the fastest social network to reach 10 million users at 16 days (Twitter took 780 days and Facebook 852 days)


Warning... Social Networking can take over your life!


It requires a great deal of self-control and time management to remain active on just a couple of the above networks... but if done correctly and regularly, the rewards can be great!


So, Social Networking Or List-Building?


Well obviously, before you can network, you need a list. But just getting a huge number of people on a list is useless if you don't connect in some way with that list, even if it is just to say hello occasionally.

Should you become upset and rude if you are on someone's list on Linkedin and they contact you... even though you personally agreed to "network" with them?

No! You should be calm, you should be nice and polite... and professional... and if you connected with that person by mistake, or just don't want to connect any further, then do yourself and that person a really big favour... disconnect... or get real and join the 21st Century!

"Ask any successful person and they will tell you that networking is a key element in moving one's career forward. Your network is your networth. The art of developing powerful relationships can do wonders for one's career and business. Research shows that the best jobs are never advertised and 85% of all jobs are secured through networking. But as familiar as it is to everyone in the workforce, it is one of the most underused career enhancement methods, due to misconceptions about how to network strategically. As someone who has been referred to as a veteran networker here are some helpful tips on the Art of Schmoozing and Successful Networking and how to use networking to enhance and grow your professional and business network...."

You're Almost There - Now Choose Your Path!

Solutions Required - Answers Given!
Posted by Tony at 18:19